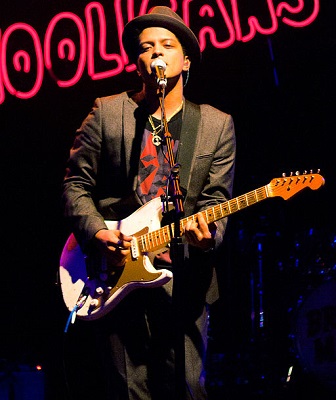 Born in Honolulu, Hawaii, Bruno Mars comes from a family of musicians and began making music at a very young age, performing in a number of venues throughout his childhood before moving to Los Angeles to pursue a career. He signed a contract with Atlantic Records in 2009 after being dropped from Motown Records and debuted with the album Doo-Wops & Hooligans from which popular singles “Just the Way You Are,” The Lazy Song,” and “Grenade,” came. Be in the crowd to hear these songs and more by purchasing Bruno Mars tickets today before they sell out.
Concerts