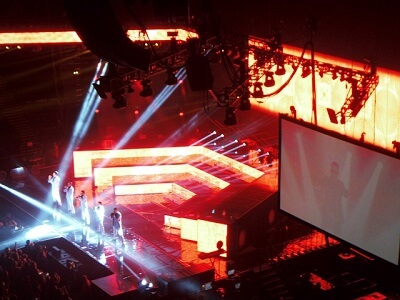 One Direction is one of the most popular boy bands in the world with millions of fans of all ages singing along to their songs. The pop band consists of Niall Horan, Liam Payne, Harry Styles and Louis Tomlinson. Discovered on the British television show The X Factor in 2010, the British band has released five albums: 2011’s “Up All Night,” 2012’s “Take Me Home,” 2013’s “Midnight Memories,” 2014’s “Four” and 2015’s “Made in the A.M.” In addition, the band has toured the world four times, playing for sold out crowds in North America, Europe, Asia and Australia. You could be in the audience for a One Direction show if you purchase your One Direction tickets now!

One Direction on the Web

One Direction – Story of My Life