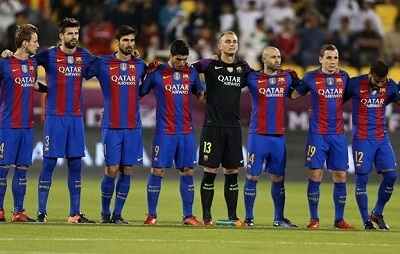 By Save the Dream

FC Barcelona, or Futbol Club Barcelona, is a professional football club from Barcelona, Catalonia, Spain. It was founded by a group of English, Swiss and Catalan football players in 1899 and has since earned a place as a symbol of Catalan culture. The FC Barcelona is owned and operated by its supporters, and it is the second most valuable sports team on the planet. FC Barcelona’s players have a record as having the most Ballon d’Or awards as well as the most FIFA World Player of the Year awards. Get your FC Barcelona tickets to their next game now.
Concerts