About Walk the Moon 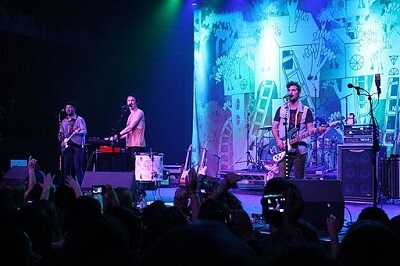 Walk the Moon is a United States-based rock band in Cincinnati, Ohio. The band began in 2008, founded by the lead singer Nicholas Petricca who took the inspiration of the band name from a The Police song. Their debut album, “I want, I want,” was released independently in November of 2010 and gained airplay time for its song “Anna Sun” on several alternative radio stations. The band consists of Nicholas Petricca, Kevin Ray, Sean Waugaman and Eli Maiman and they have won two Billboard Music Awards. Get your Walk the Moon tickets now to see songs like “Anna Sun” live.
Concerts